2Fort Invasion is a community-created Capture the Flag map. It is a version of 2Fort made for the Invasion Community Update.

Set at nighttime, the two bases have been converted into research labs studying alien technology.

Destroyed alien parts spawn around the map, which explodes when damaged, similar to Pumpkin bombs.

'Note: If you're having trouble with finding the locations listed here, you can scroll down to the Helpful overview section to see their exact position marked on the map. 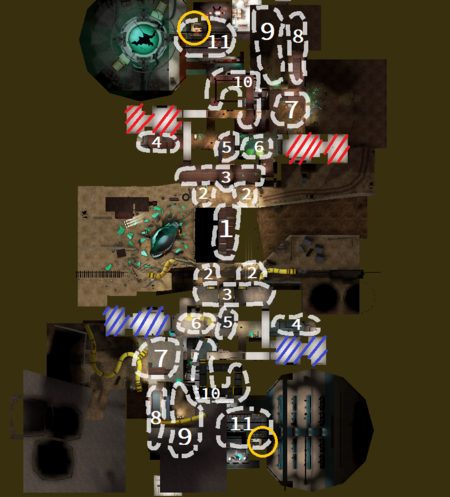 The posters in this building are a tribute to famous United States propaganda art of World War II.