Hoodoo is a Payload map. It was included with the Sniper vs. Spy Update as an official community-developed map due to its outstanding quality. In a similar design and layout to Gold Rush, Hoodoo focuses on fast-paced, intense action due to the map's sometimes tight and confined areas.

As with other Payload maps, the BLU team goal is to escort the cart through the map to the final terminus while the RED team has the task to stop them. The setup timer is 1 minute and 10 seconds. 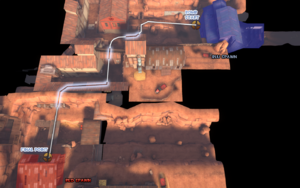 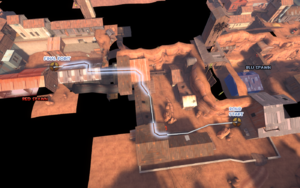 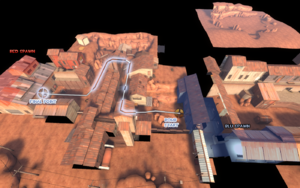