Vanguard is a Control Point map. It is set in a construction site, with many floors at varying heights. With many alternate routes towards objectives created by the construction props, it is easy to flank and gain a height advantage for all classes.

Vanguard was made an official map in the Tough Break Update.

The middle capture is located in the center of the yard, underneath a suspended board.

The second and fourth control points are on a piece of scaffolding next to an elevator.

The final Control Point is to the side in the middle of a section of computer terminals. 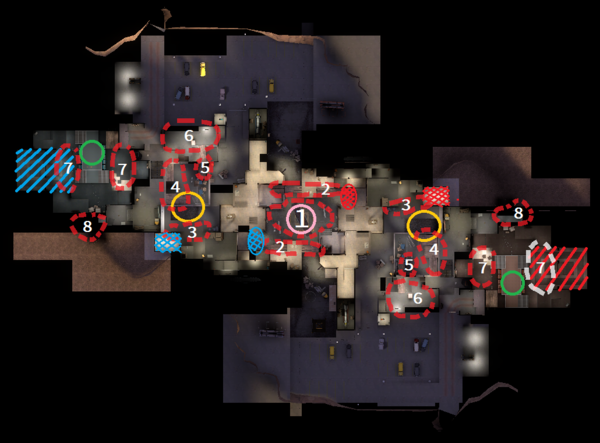