Wutville is a single-stage Smissmas-themed Payload map added in the Smissmas 2020 update. BLU has been hired to escort the bomb-ladened RÜDY, a red-nosed railroad engine similar to the engine of Frontier, through four checkpoints within Old Nick's prison workcamp for naughty children.

The setup timer is 60 seconds.

Wutville was contributed to the Steam Workshop. 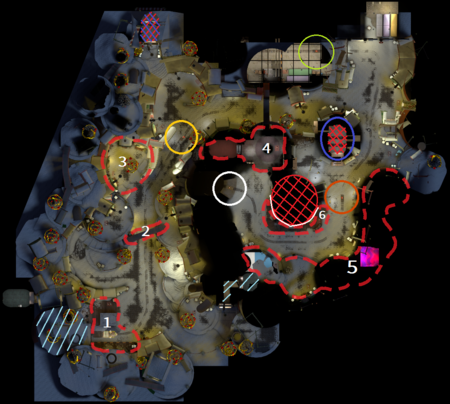