Nucleus (King of the Hill)

Nucleus is an alternate version of Nucleus (Arena), modified for the King of the Hill game mode. Along with Viaduct and Sawmill, Nucleus was released with the Classless Update as the first official King of the Hill maps for Team Fortress 2.

Note: If you're having trouble with finding the locations listed here, you can scroll down to the Helpful overview section to see there exact position marked on the map. 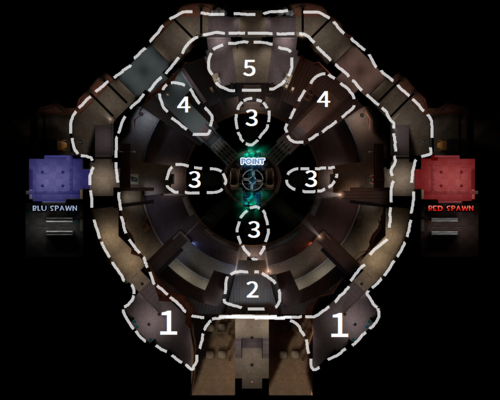