Metalworks is a symmetrical Standard Control Point map designed around a metal processing facility, taking place at night in an industrial setting.

Metalworks was contributed to the Steam Workshop, and was made an official map with the Meet Your Match Update.

Metalworks's last point is made up of a bridge and several exits leading into a building.

This section of Metalworks is quite large and encompasses a flank, building, and point. 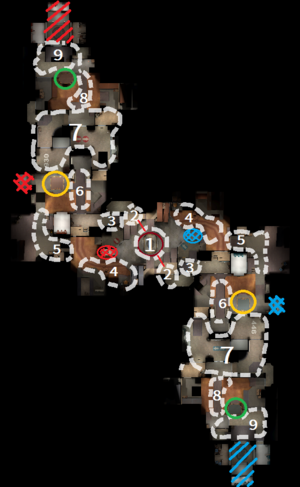