Sawmill (King of the Hill)

From Team Fortress Wiki
Jump to: navigation, search
Sawmill has multiple variations, including Arena and Capture the Flag.

Sawmill is a King of the Hill map, a modified version of Sawmill (Arena). It was released with the Classless Update, in conjunction with its Capture the Flag variant as an official map. Sawmill (King of the Hill) has an almost identical layout to its Arena variant.

The goal is to capture the control point and seize it for a duration of 3 minutes, while stopping the other team from doing the same. 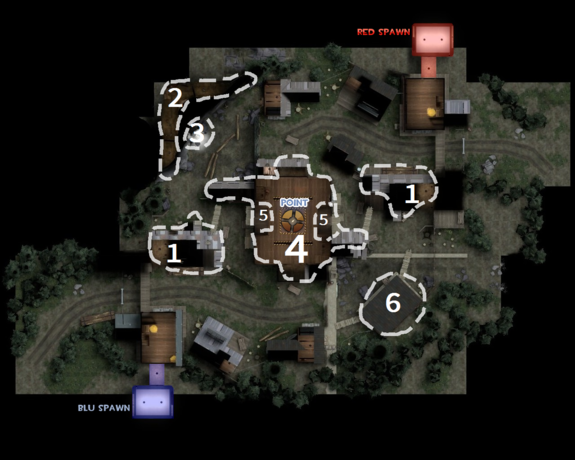