Slasher is a Halloween-themed community-made King of the Hill map released during the Scream Fortress 2018 update. It is set in a haunted campground.

Slasher was contributed to the Steam Workshop.

As reflected in the totem poles scattered around the map, it features a rotation of all the Halloween bosses, including Ghosts, the Horseless Headless Horsemann, MONOCULUS, Merasmus, and Skeletons. The map also features two pits of death and a large Underworld. Like many other Halloween maps, magic spells are littered around the map. 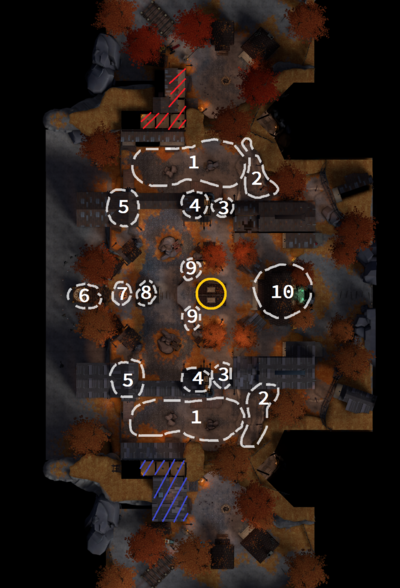