From Team Fortress Wiki
Jump to: navigation, search
This article is about the first annual movie making contest. For other uses, see Saxxy (disambiguation). 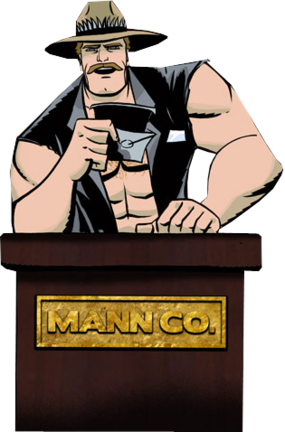 The First Annual Saxxy Awards was a contest held amongst the community to create a replay in order to earn "the most prestigious virtual award in combat filmmaking: a foot-high bust of an almost entirely naked Australian man." The competition was announced alongside the Replay Update.

At 11:59:59 PM GMT, Friday, May 20th, 2011, the Saxxy Awards submission period ended, and Francis the Talking France opened the official voting for the best videos.

At the Battle voting page, the user was given two videos of the selected category, and could vote for their preferred one. The given videos were randomly chosen, and new ones were selected after each vote. Voting was only available to Steam account holders that owned Team Fortress 2, and a given user could only vote a maximum of one hundred times per day. The Battle voting round of the Saxxy Awards voting process officially ended at 4:30 PM PST, Thursday, May 26th, 2011.

The Finales voting stage began at 3:10 PM PST, Thursday, June 2nd, 2011. Unlike at other awards shows, where the categories are usually standard throughout them all (i.e. best drama, best comedy, etc.), the Saxxy Award winners in all twenty categories were selected by Steam community members, through the nominees page. Each player was allowed one vote per category. Players were able to change their vote until the voting period ended at 11:00 AM PST, Monday, June 6th, 2011.

The finalists were the following:

At 5:35 PM PST, Monday, June 6th, 2011, the Awards Show was announced on the official blog. Hosted by Saxton Hale, The First Annual Saxxy Awards Show LIVE aired at 3:00 PM PDT on Wednesday, June 8th. The Award Show lasted one hundred minutes, as specifically stated during the post. There were 20 categories, with a Saxxy awarded every five minutes.

The winners were the following: