From Team Fortress Wiki
Jump to: navigation, search
This article is about objects that can spawn when players die or teleport. For other meanings, see Bread (disambiguation). 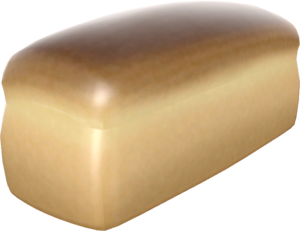 Bread is an object that occasionally appears when players teleport. Several seconds after spawning, the bread prop will disappear. The chance for bread to spawn when teleported is 1/20 with a hardcoded exception for Soldier of 1/3 (in reference to Expiration Date). There are currently nine different bread models which will appear randomly. Bread monster-related weapons were one of the main focuses of the Love & War Update.